How Narconon Helped Me Build a Life of Meaning

I first heard of Narconon a little over four and a half years ago. After a particularly self-destructive night of drinking, I went home to my parent’s house and to my surprise, my brother and his wife were there.

When I saw them, I knew something was going on.

My family all sat me down and told me that I needed to get some help for my addiction. I remember telling my brother that I knew I had a problem but that overall I felt I was “ok.“

I’ll never forget the look that he gave me when he said, “you shouldn’t have to settle for just being ’ok’ you should be able to be happy.“

It was a hard thing to hear, but I knew he was right. After a painfully sobering conversation with my family, I agreed to get help. I didn’t want to live a life surrounded by substance abuse any longer, and I knew my life was going nowhere fast.

Despite having a Bachelor’s Degree, I had to move back in with my parents at the age of 23 due to the legal consequences of my drinking. It was meant to be temporary but by the age of 25, I was still living with them and working at a dead end job living paycheck to paycheck blowing all of my money on cigarettes, alcohol and various drugs. I was constantly sabotaging myself and making otherwise avoidable mistakes due to my drinking, I had reached the point where every time I looked into the mirror I was ashamed of the woman I saw starring back at me.

The next day, I went with my mother and sister-in-law to tour some different rehabs in the area and decided to go to Narconon Colorado.

One of the things that stuck out to me about the facility was the fact that several of the staff members had themselves overcome their own struggles with addiction and therefore could relate to the difficulty of what I was experiencing. Because they had gone through struggles similar to my own, they understood the difficulty of addiction in a way that cannot be learned through a book but rather comes through experience. It was relieving to know that there were people there I could talk to who truly understood what I was going through. They were proof to me that not only was it possible to live a sober life, it was possible to thrive while doing so. The goal was not only to get sober but to also create a meaningful life that was worth living.

I will not lie and say that the program was an easy thing to do. I had to face a lot of issues that I had with myself that I had previously been avoiding. There were times that I wanted to give up, but I was able to talk to the staff and they helped me push through those hard times because they understood what was at stake. I am so thankful that I didn’t give up and that they didn’t give up on me because it helped me to realize how strong I truly am.

Upon completing my program, I decided that I wanted to help others the same way that I had been helped and to give back to the facility that had given me so much. Ultimately I became a staff member. Over the past four years I have met hundreds of incredible people while working in the Narconon withdrawal, as well as taking on the role of New Life Detox Supervisor. My job at Narconon has been extremely rewarding. Every day I get the opportunity to see people make transformations and grow into the strong-willed, responsible and loving members of society that they were always meant to be.

As hard as it was I am so incredibly thankful for the gift and opportunity that I was given to better myself. I have made a complete turn around in every area of my life. I am now married to my best friend who is the love of my life. I get to work with a group of people that go above and beyond every day to help others and I consider many of my co-workers to be great friends and some of them have become like family to me.

My relationship with my family has never been better and they no longer have to worry about me. It is a wonderful feeling knowing that my parents are proud of the woman I am, it is a feeling I never thought I would have, it is a feeling I never want to loose. In May of 2017 I will be blessed with the birth of my son while also celebrating my two year wedding anniversary and my fifth year of sobriety.

I never thought the life I now have would be possible when I first walked through the facility’s front doors, but I have been able to build myself a life filled with meaning and purpose.

There is a social stigma that people who go to rehab are weak, but I disagree with that philosophy in its entirety. It takes courage and strength for an individual to admit they need help and an abundance of bravery to finally accept help. Because of the decision I made to get help, I no longer had to settle for just being “ok“ and instead live a life that can be proud of.

My life is not without struggle, and I am certainly not without flaws, but for the last four, going-on-five, years since completing the Narconon program, I can look in the mirror and be proud of the woman I see looking back at me.

Breaking Up With Alcohol, My Best Friend & Worst Enemy

Breaking up with alcohol was by far one of the hardest things I’ve had to do. Because I loved alcohol and the thought of living without it not only terrified me but in a sick and twisted way it sort of broke my heart. 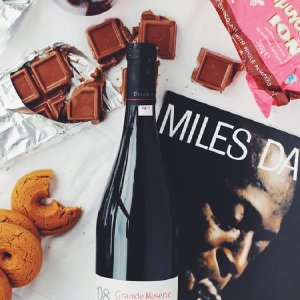 I Don’t Have to Call Myself an Alcoholic

One of the things that sets the Narconon Program apart from other programs is the belief that if a person is able to fully handle their addiction they no longer need to think of themselves as an addict or an alcoholic.