Moving Past the Regret and Shame Created by Addiction

One of the hardest realities to face when first getting sober is owning up to the mess that was created from an addiction. At the beginning of my recovery, the gravity of my past hit me pretty hard and I wasn’t sure how I was going to move past all of it without drinking. The ironic thing was that I later realized part of my problem was that I had been drinking to bury all of my guilt and shame but at the same time my drinking created more things for me to feel guilty and ashamed of. It was a vicious cycle that nearly tore me apart.

Seven years after my last drink I can look back on all of it and see it for what it really was. It started out as a way to have fun and then turned into a way to escape but what I thought was a departure from reality became a prison of my own making that kept me stuck in everything I was trying to run away from. The only way to actually get past all of the things I was too afraid to deal with was to confront them head-on with a sober mind and work through all of that mess.

Realizing that you’ve done something wrong isn’t easy and learning how to take responsibility for what was done can be even more of a challenge. It was only by taking a long hard look at what alcohol was doing to my life that I was able to scrape up the resolve to leave it all behind me. I didn’t want to be the person that drinking turned me into anymore and I didn’t want to keep going down a road that I knew in my heart would continue to become more and more difficult. The path of active addiction only leads to heartbreak in one form or another and recovery is the only way to change that outcome.

“By taking responsibility for the things I had done

I was able to start the process of mending broken relationships and my own self-esteem.”

By reestablishing a set of personal values I was able to decide what I was going to allow in my life moving forward. By confronting my past I was able to learn from it in order to make sure I did not keep repeating the same mistakes over and over again. By taking responsibility for the things I had done I was able to start the process of mending broken relationships and my own self-esteem. Through the process of all of this, I was able to finally see that I was the only one who was in control of my thoughts, feelings, and actions. By realizing all of this I was able to set myself free from the trap I had unintentionally created.

It took a lot of work and effort to get through all of these things. It also took a lot of time to make up for the things I had done and to rebuild the trust that I had broken. Over time my past began to bother me less and less. Eventually, people stopped bringing up who I used to be because they began to see that isn’t who I am anymore. It is often said that “changed behavior is the best type of an apology” and I believe that to be true.

During the recovery process, it is important to seek forgiveness from the people who we love that we have wronged. What is even more important than all of that though is learning how to forgive ourselves.

How to Maintain Sobriety during Holiday Parties

The holidays are a wonderful time of year that are full of family time, lots of great food and happy memories. On the other hand, they are also full of stress, overindulgence and a lot of parties. 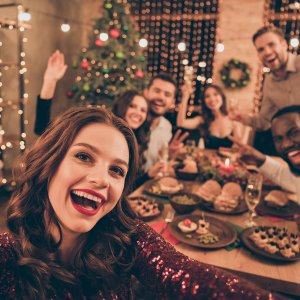 One of the hardest things about quitting alcohol is the fact that so many people drink. It is so socially acceptable to drink that it almost seems more uncommon not to drink than it is to drink. 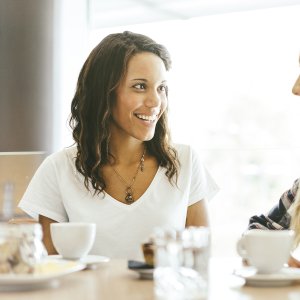