One of the worst mistakes a parent can make when it comes to addiction and drug use is telling themselves “My child would never do that!” While we would all like to believe and hope that this is true, it is a risky lie to believe. Why is it so dangerous? Because it leads to denial. Addiction can happen to ANYONE. It doesn’t matter who you are, where you came from, how much money you had growing up, everyone has the potential to become addicted to something.

While it is true that there are people who are predisposed and more likely to become addicted to drugs or alcohol because of the environment they were raised in, it does not mean that everyone else is immune to having this happen to them. This also doesn’t mean that everyone out there will get addicted, it only means that everyone has the capacity to have it happen to them. Because of this, parents should not allow their own denial to make them blind to certain truths.

Many people have slipped further down the slope of addiction than they otherwise would have because their parents were unwilling to admit their child could have a problem with drug use. This caused them to overlook the red flags and miss the opportunities to intervene. It may not have been the parent's fault that their child developed an addiction, but if the parents were more aware of the possibility it could happen, then they would have been able to see the signs and step in sooner.

1. Talk to you kids about drug use.

This seems like a no-brainer but far too many parents rely on school programs to do this for them. While it can be an uncomfortable conversation to have, it is too important to avoid. This also isn’t just a “one and done” conversation but should be an ongoing conversation over the course of their childhood and adolescence. If you don’t teach your kids about drugs then other people will and what they learn from other people could have negative consequences.

2. Talk to you kids about the way drugs are portrayed in the media.

Help them to research the facts about drugs and talk to them about how it is portrayed in music and television. Talk about what the motives may be for someone glamorizing drug use. Is it altruistic or for personal gain? Does it tell the whole truth or only one side of the story? Discuss the current events that are surrounding addiction and the side effects of short and long-term use. Help them to gather the data, compare and contrast and then think about it critically in order to come up with educated conclusions. Simply telling them drugs can be dangerous isn’t enough, they need information that backs this up.

3. Know who your kids are hanging out with.

It is important to know who is influencing your children and who they are spending time with. If your child is hanging out with someone who is using then it will usually only be a matter of time before they begin to do so themselves. Also be aware that there are some parents who are ok with their children using drugs or drinking and will allow them to do so in their homes.

4. Be their parent, not their friend.

Let them know that you love them and therefore will do your due diligence when it comes to being a parent. This means that you will have to lay ground rules as well as establish boundaries and consequences. If you have any sort of suspicion they may be using drugs or hanging out with people who are, drug test them. Realize that if they refuse to take a drug test they are probably using drugs. If they weren’t they would not have anything to hide.

5. If they are using drugs get help.

If it turns out that your child is using drugs then it is important to seek out professional help right away. A person does not need to be a full blown addict in order to benefit from professional guidance. The sooner a person gets assistance the less damage they will have to repair and the quicker they will be able to get their lives back on track.

If you have no idea where to start when it comes to talking to your kids about drugs, reach out for help! Call your local addiction treatment center, do research online and speak with addiction counselors. There are plenty of resources out there, you just have to use them.

7. Remember that if your child is using drugs that does not mean you are a bad parent.

If it turns out your child is experimenting with drugs the important thing is that you caught it and you are trying to do something about it. Everybody makes mistakes in life, what’s important is that we learn how to grow from them so as not to continue making the same mistakes. Children have to learn how to make their own decisions and some of them have to learn things the hard way. Be proactive on the solution before it turns into a bigger problem.

Unfortunately, there is no bulletproof answer to preventing your child from developing an addiction. You can do everything you are supposed to do, get professional help, talk to your kids every day and it still might happen. The most important thing that you can do as a parent is to not become blinded by denial. Always stay engaged and never stop keeping an eye out for red flags. 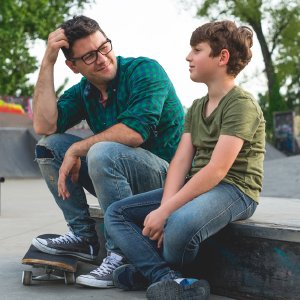 In the final portion of our series, we will go over a few more of the common reasons a person may give in order to try and get out of going to addiction treatment.