Bad Parenting Does Not Cause Addiction

Parent’s often don’t know who to blame when dealing with an addicted loved one. It’s an emotionally charged situation that can go out of control very quickly. Often, parents start blaming themselves or each other when this crisis hits. Many parents realizing that blaming an addict isn’t like going to resolve the situation so they look for other people to blame.

Even though addiction is so prevalent in our society, it doesn’t make the situation any easier to deal with. While the addict is sitting there, high out of their minds and completely unaware of the damage they’ve caused, their parents are pacing around the house wondering where they went wrong. When speaking with families about treatment options, many ask: “where did we go wrong?”

To be perfectly clear, it’s not the parent’s fault if their son or daughter gets addicted to drugs. Getting addicted isn’t a choice, it’s a situation that follows a choice. A person chooses to experiment with drugs or alcohol the first few times they do it. Sometimes the result of this choice is addiction. Even the best of parenting skills can’t prevent all experimenting but making sure your children know how you feel about drug and alcohol use is a key element to prevention.

If a person starts using and finds that the substances apparently handle some deep-rooted problem, they’re in trouble. That decision isn’t the responsibility of the person’s parents. This is where the situation gets less clear cut. Children learn how to deal with life from their parents, they learn their coping skills by watching how their parents deal with life. Children don’t see the whole picture though, they only catch glimpses of the adult world. As a result, while children may copy the behavior, they don’t have the context to understand that behavior with. This lack of information is one critical reason, parents need to discuss drugs and alcohol with their kids. They need to communicate with their children often and early about living life without using a substance to numb them.

Having double standards or a “do as I say, not as I do” mentality makes teaching children the difference between right and wrong extremely difficult. Currently, marijuana is legalized for either medicinal or recreational purposes in many states and alcohol is legal in all states. Both substances are still drugs, regardless of one’s viewpoint on them. If parents smoke weed, eat edibles, or have a drink on a regular basis, how can they tell their sons or daughters not to, especially if their sons or daughters know they partake in those substances? That’s where double standards prevent parents from keeping their kids off drugs. In the mind of a teenager or young adult, “if mom and dad do it, they can’t tell me not to.” If parents want to prevent drug use altogether, they need to not use drugs and alcohol, not even weed.

Another trap parents can find themselves in is being far too overprotective of their kids as a means of keeping them on the straight and narrow. Some parents take this to an extreme where they become hypervigilant about keeping their kids safe and it almost appears psychotic. Some parents will tighten their grip so firmly on their children that they can’t even take the car to the store without 10 calls from mom and dad asking where they are, what they’re doing, and when will they be home. Families like this often tell their kids they can “never” do this and “never” do that, and if they do, the family will disown them. The family hopes this will scare their children enough that wouldn’t ever dare do a drug or anything they were told they were “never” allowed to do. This overprotectiveness, if you will, usually backfires. Telling a teenager that they can “never” do something without severe consequences, oftentimes makes whatever that is way more interesting and almost ensures they will do the very thing the parents are telling them not to. They’re told they can’t have something, so that makes them want it even more. If parents want to ensure their kids don’t do drugs, this isn’t the way to go.

Learning how to manipulate is one of the first tools children learn to get what they want. As kids grow up, parents need to watch for this behavior because as time goes on, it can get completely out-of-hand and wind up being used as a method to keep addiction going. Some kids find that when trying to get their way, one parent is more easily manipulated than the other, so that parent will often be played against the other. In the situation of addiction, mom may be more willing to enable the addict than dad, so each time they need money, they go to mom under the pretense of “don’t tell your father.” This forwards the idea that secrets, even destructive ones, are okay as long as it gets the person what they need. In this scenario, mom is also making the concept of hiding things from dad okay. She’s hiding the secret of helping the addict and making that known, which tells the addict that’s okay. This also means lying is okay and mom can’t say anything otherwise since she’s setting the example. If mom then tries to say lying isn’t okay, it falls back into the first category of having double standards. Something is either okay or it’s not. There’s no grey area where being unethical is okay but only in certain situations and not others.

It’s not just the parent’s responsibility if their child gets addicted to drugs or alcohol. Trying to figure out who to blame in this situation is just a low responsibility viewpoint. The same goes with trying to figure out if it’s the parent’s fault that their child is on drugs. Instead of blame or fault, each side of this, both the parents and the addict need to find where their own responsibility lies in the situation. If parents can find something they can be responsible for in the case of their child getting addicted, they can find a way to be causative and do something to fix it. The same goes for the addict. They can’t blame mom and dad for their condition in life. They made their own choices, independent of anyone else. When it came to originally experimenting with drugs, they were their own counsel. When trying to recover from addiction, true recovery begins with the addict taking full responsibility for what’s happened, which also means assuming full responsibility for fixing the wreckage they’ve caused.

No, but it may be exacerbated by parents setting a bad example.

Enabling a loved one’s addiction is one of the most dangerous things a family can do. Although it can feel like helping, enabling allows a person struggling with substance use to continue their behavior without consequence. 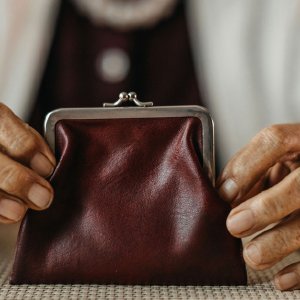 How to Help a Friend Whose Loved One Is Addicted

With the high rates of addiction across the United States you’d be hard-pressed not to know anyone who has been affected by this nationwide problem. That being said here are some of the ways you can help support a friend whose loved one is addicted to drugs or alcohol. 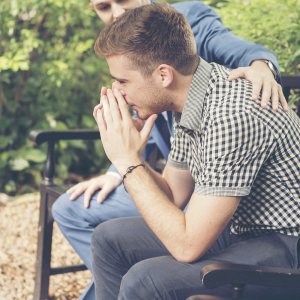