John Kapoor, the founder of Insys Therapeutics has been found guilty of racketeering conspiracy along with four of his co-defendants for running a bribery scheme across The United States. It has come to light that between 2012 and 2015, Insys paid doctors to overprescribe their highly addictive opioid medication and lied to insurance companies in order to get their coverage to pay for their drug Subsys.

Subsys is a fentanyl sublingual spray intended to be used to treat breakthrough pain for cancer patients. At the highest dose, Subsys is 100 times more potent than morphine. The official website states that in order for someone to qualify to take the drug, they should already be taking around the clock opioids. While it was intended to help with extreme pain for people with cancer, the drug quickly began to be prescribed for conditions that did not warrant such a heavy hitter. One of the main goals of the pharmaceutical company was to convince doctors to overprescribe the drug in order to increase their sales.

Not only was it found that the company bribed doctors into overprescribing the drug, but they also encouraged sales representatives to push prescribing higher doses. Sales reps’ bonuses were based on the dosage of the prescriptions written by the doctors they recruited. The higher the dose, the larger the bonus. The reason behind this was that the higher the dose of the prescription the more it would cost to purchase and the more addictive it would be for the patient. The more dependent a patient became on the drug, the more likely they were to continue refilling their prescription.

And not only did the company bribe doctors, but to make matters worse, they designed schemes to lie to insurance companies in order to get them to pay ridiculous amounts for their drugs. A prescription for Subsys can cost up to tens of thousands of dollars per month. Entire call centers were created by Insys with the sole purpose of getting insurance companies to pay for their prescription when it wasn’t medically needed.

“Pill mills, for us, meant dollar signs. It was not run the other way.
It was run to the pill mills.”

The former Insys Vice President of Sales, Alec Burlakoff, pled guilty to one count of racketeering conspiracy. As part of his plea deal, he testified for the prosecution team and openly stated that the company targeted doctors that regularly prescribed opioids liberally. He told the jury “Pill mills, for us, meant dollar signs. It was not run the other way. It was run to the pill mills.”

The trial, which spanned over a course of ten weeks, set a new precedent for the federal government to press criminal charges against corporate executives. In the past racketeering charges have been used against mafia crime organizations, not large pharmaceutical companies. Kapoor is one of the only executives so far to be convicted of felony crimes in regards to Insys Therapeutics’ role in the opioid crisis.

At their peak, Insys Therapeutics was generating $300 million in annual sales but has begun to face financial troubles and is at risk of going out of business. A year ago Insys made an agreement to pay $150 million dollars in order to end an investigation by the Department of Justice regarding their bribery schemes. The company is facing lawsuits from patients, shareholders and the insurance company Aetna and according to a Bloomberg News report, Insys shares have fallen 90 percent.

Despite the fact that things have begun to look bleak for Insys Therapeutics, it is easy not to feel sorry for them. Many would argue that Big Pharma is finally starting to feel the consequences of their extreme greed and unethical behavior that has created so much pain and heartbreak for others. In a world where people are dying from opioid overdoses on a daily basis, who can really blame someone for feeling that justice has finally begun to be served.

Are you serious? Today, I read an article about a large medical software company manipulating the doctor-patient relationship, in order to increase the sales of opiate medications. You read that right; I don’t think I could make that stuff up. 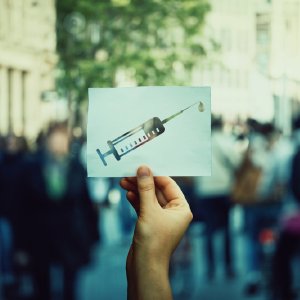