Celebrities are often looked upon by a portion of society as opinion leaders. They’re in the media, relatively famous, and sometimes looked up to. Back in the day, lots of kids in school wanted to be like a famous athlete, movie star, or musician. Almost every kid had aspirations to “be like Mike.” Wanting to be a celebrity or like a celebrity also came with the notion that what celebrities said mattered.

People often respect the opinions and viewpoints of celebrities and of course, celebrities get tons of media attention and other platforms to speak their minds and forward their ideas. Children are very impressionable and honestly, so are many of us adults. Since what celebrities say can matter, the message in anything they say can have a profound effect, either positive or negative. If a celebrity endorses it, it must be good. Right?

A recent example of this is a well-known former NBA player has gone public about an alternative approach he’s used to stay sober. Unfortunately, this approach involved using another narcotic drug that could be potentially harmful to some people. The fear is that since the approach is being endorsed by a celebrity, some substance users may blindly seek out this treatment without doing their research on whether or not it will be good for them.

Lamar Odom has had a public struggle with cocaine addiction and in 2015 was found unconscious in a Las Vegas brothel. He was lucky to survive the various complications caused by his ingestion of the stimulant. Fast-forward to the present, Odom has gone public about his alternative approach to treating his addiction albeit with another addictive substance. Odom recently told Good Morning America in an interview that he is using ketamine to treat his cocaine addiction. Odom told ABC News’ Steve Osunsami, “I’m feeling amazing. I’m alive. I’m sober. I’m happy.” I think it’s wonderful that Odom is no longer abusing cocaine and is on a better path toward recovery. I’m just not sure that promoting ketamine as a way to get there is the right thing to do as it sends the wrong message about recovery.

According to the DEA, ketamine is a dissociative anesthetic that has some hallucinogenic effects. It distorts perceptions of sight and sound and makes the user feel disconnected and not in control. Ketamine can induce a state of sedation, immobility, relief from pain, and amnesia.

Ketamine can also cause:

Ketamine was considered a “club drug” years ago along with ecstasy and “molly.” Unfortunately, ketamine is also used as a date rape drug.

Ketamine has recently found its way into pain management clinics and now, addiction treatment. Micro-dosing ketamine under medical supervision is another new form of MAT, which essentially uses narcotics or other drugs to prevent a person from using drugs. Health officials believe small doses of ketamine can help treat addiction, anxiety, PTSD, suicidal ideation, and other mental health disorders. Using ketamine in this way is currently considered an off-label usage that has been approved by the FDA. How ketamine affects the body and mind is still being researched and the most troubling part, is that Odom went on record and said he doesn’t think he’ll stop taking ketamine.

Again, it’s great that Odom has gotten off cocaine and has started to fix his life but the upsetting part is that he is using his celebrity status to tout a still controversial treatment for drug addiction.

Using drugs to handle a drug addiction is akin to spinning a truck’s wheels that are stuck in mud. There’s no forward progression because, in this instance, a person has just switched addictions. The idea of sobriety is, of course, to be sober. Sober means not being dependent on substances to get through life, but taking ketamine seems to be the farthest thing from that. What would happen if Odom stopped taking ketamine? Would relapse become more likely? Some addiction professionals believe it would because, without thorough treatment to handle his core issues, those issues would still be there once the ketamine was stopped.

The best way out of addiction may be complete abstinence from all substances.

When drug addiction is at an all-time high, the last thing we need is more drugs . With nearly all mental/emotional disorders and addiction having been highly medicalized, the knee-jerk response to drugs has been more drugs, oddly enough. 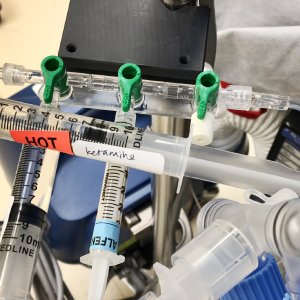 As if using heroin wasn’t scary enough with all the deaths associated with fentanyl lacing, drug users now have to be weary of inadvertently contracting flesh-eating bacteria after pushing the plunger down. 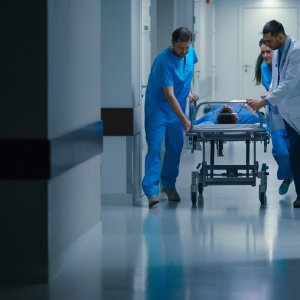