How Narconon Colorado Saved Our Son From Alcohol Addiction

Part of being a parent is wanting what is best for your child and wanting to them be happy. That being said seeing your loved one, particularly your child struggle with an addiction is a rather difficult thing to see. Here is the story of one man’s struggle with alcohol addiction and his eventual recovery through the eyes of his parents.

It all started in September 2007 when our son Mike made his dream a reality and enrolled in culinary school in NYC. Besides thriving in the Culinary Arts, he met a girl there and fell in love. Other than recreational drinking with his peers, his alcohol use did not seem excessive. His girlfriend became pregnant and they had a beautiful baby girl in May 2009.

In a short time, the relationship became turbulent. To provide for his family Mike took a job in construction with his dad. One day he received a phone call from his girlfriend and my husband saw Mike fall to the ground screaming and crying. His girlfriend told him she came back from the doctor and had leukemia and was told she had 6 months to live. Mike wanted to do the right thing and marry her to take care of her and their child.

Wedding plans went into effect. While she was going to treatment in NYC with her mother, Mike continued to work. She brought home a letter from a specialist and showed it to Mike, along with her head shaved for her treatment. When shopping for a wedding gown the owner of the bridal shop asked her about her hair and hearing her story donated her wedding gown.

As a “thank you” to the bridal shop Mike called the local newspaper to tell them how generous they were. Through the publicity, donations started pouring in from donated services to monetary. I’m sure Mike was drinking more at this point due to the stress of what was ultimately going to be the outcome of their future. They were married in 2010 and had a beautiful and bittersweet wedding.

After a while, the marriage became turbulent again and Mike decided to move back home with us to sort things out. While my husband was helping to go through his things he found the letter from the doctor. At this point, my husband and I had our doubts as to whether she was really sick at all. I read the letter from the doctor and having worked in the medical insurance field for many years, immediately knew it was fake. Calls were made to the doctor’s office and hospital where she was supposedly receiving treatment and none of them had heard of her. She had lied to “keep” Mike. In the meantime, her whole scam became international news and Mike’s alcohol use spiraled. In between, they had tried again to make a go of their relationship and had a son.

In 2011 Mike moved to Virginia to live with a friend who was also an alcoholic. A lot of drinking and partying went on. Then we heard that his wife and children were moving to Virginia to be with him. At this point, she was being investigated by the District Attorney. We received a phone call from Mike that she had been arrested and was being extradited to NY for the money she scammed. Mike and our grandchildren moved back to our house while she was incarcerated. Soon after her release, Mike filed for divorce. Their divorce was final in 2011.

In 2014 I had realized his drinking was getting out of hand. He had totaled his car so I was driving him back and forth to work. One morning as Mike was in the shower I took a sip of what I thought was a glass of water, it was straight vodka. When I confronted him he said he didn’t know what I was talking about. I also noticed that when he went to work he would carry a bottle of what “looked” like cola with him every day.

Mike had been to Detox 3 times, tried outpatient treatment and a 30-day stay at an inpatient treatment center. One night he just walked out of his job and told us he was crying on his knees pleading for God to help him. He found Narconon Colorado on the internet and called them immediately. In May of 2014, he was on a plane to the treatment center. While cleaning out his room we found numerous empty bottles of liquor under his bed, in every corner, in his closet and dresser drawers. My husband and I were finally able to breathe with relief knowing that he was safe and getting the help he so badly needed.

Mike thrived in the program and looked and sounded healthy for the first time in years. He learned how to communicate without snapping, how to control his anger and how to deal with the things that “triggered” him. After completing his program he became the Executive Chef. On his visit home in 2015 for Christmas, we found out his “son” was not his biological son through a DNA test. Nonetheless, Mike returned to his life at Narconon and met a lovely young lady. After all he had been through, I was afraid that he wouldn’t be able to open his heart to anyone again. I was wrong. She showed him what “real” love was supposed to feel like.

After two years at Narconon in 2016, Mike moved on. He had always wanted to live in Florida so he and his girlfriend left for Florida. He was staying with a family member who was supposed to be clean and sober. When he got there, he realized that was not the case. She was addicted to opiates. They left and went to live near his brother in another part of Florida.

Mike has started a new life with his fiancée and a new baby on the way. We are so grateful and thankful to the Narconon staff, some of whom have become family and friends to Mike. You have taught him how to be able to live a life of happiness without addiction which he so deserves.

From the Parents of Narconon Colorado Graduate Mike O.

Getting Better For Myself

Often times people who are starting out in recovery do so because their family wants them to. While there is nothing wrong with this, it is important that a person develops their own personal desire to get better for not only their family but for themselves as well. 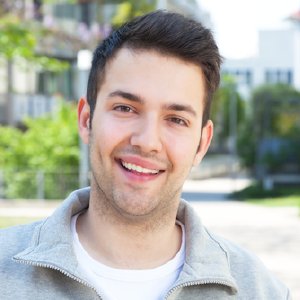 Growing Up, I Never Thought I’d Be Addicted to Anything

Narconon Colorado Graduate DeAnn and her mother Life doesn’t always turn out the way we think it will and there will always be unexpected turns of events that can point us in directions that we never intended to go. 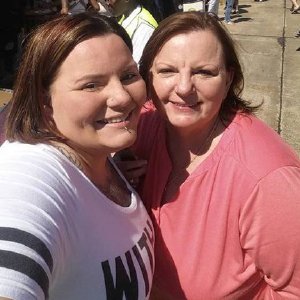