How Sobriety Has Become the Foundation for My Life

About seven and a half years ago, my life was what many people might call a mess. I was having a hard time making ends meet and had to move back in with my parents because I was drinking entirely too much alcohol. I tried on several occasions to cut back on my alcohol use but did not have much success. I wasn’t eating healthy, I wasn’t exercising, and I certainly wasn’t thriving. I was basically just surviving from day to day, going through the motions of some semblance of life, and overall I wasn’t doing very well. Finally, my family had enough of my antics, and they asked me to get some help. If I am being completely honest, I can admit now that some part of me felt relieved that they asked me because I certainly needed it.

I was afraid to get sober because I had been abusing alcohol for some time, and I wasn’t sure how to get through life without using that crutch. I checked into treatment and spent the next three months working on putting the pieces of my life together. I took a hard look at how I had been living and began to realize what I needed to do to make things right. It wasn’t an easy process—true self-growth never is, but this was a pivotal point in my life where I feel I finally became an actual adult.

I began to read more books, eat healthier, and exercise on a regular basis. I learned how to effectively communicate with the people in my life and how to confront and work through my problems. I wouldn’t have been able to actually do all of these things had I not first dealt with my substance abuse issue and gotten sober. It has taken a lot of work since then to keep improving myself, but there have been several areas of my life that wouldn’t have gotten better without my sobriety.

All of the healthy habits and routines that I have established for myself would not be possible if I were still abusing alcohol. I have learned that I am not someone who can successfully drink in moderation, and, to be honest, I was sick of trying. I have realized that the best thing I can do for my life is to abstain from alcohol altogether. For a long time, I was worried that this meant I would be missing out on a lot of things that had once been enjoyable for me, but in all reality, this decision has opened a whole new world of possibilities.

While every aspect of my life has improved over the course of my addiction recovery, I would have to say that the most obvious areas would include the following:

Not drinking has enabled me to become financially responsible. It is hard to prioritize saving money and paying off debt when caught up in an addiction. That’s because any and all extra income goes towards sustaining the addiction. It’s an irresponsible way to live, but that is one of the many grim realities of addiction.

After getting sober, I began to take an increased interest in my overall health. I began to eat healthier and exercise regularly. Both of these things had gone out the window during the height of my alcohol addiction. Who has time to worry about being healthy when you’re drinking every night? If I were still abusing alcohol on a regular basis, there is no way I would be able to wake up early to go to the gym every morning, let alone worry about what types of food I was eating.

The constant roller coaster ride of alcohol abuse left me feeling anxious, depressed and ashamed. I had a hard time concentrating and extreme difficulty regulating my emotions. By learning how to live a sober lifestyle, I was finally able to confront all of the problems I had been avoiding, to actually learn from them, deal with them, and, most importantly, forgive myself. By doing this I was finally able to move forward with my life.

When I was abusing alcohol all of the relationships in my life suffered. I was unable to effectively communicate with the people around me and I was constantly letting down the people who cared about me. When I finally stopped drinking I was able to take responsibility for the damage that my alcohol addiction had caused on these relationships and begin the work the mend them.

My sobriety has become one of the most essential aspects of the foundation upon which I have rebuilt my life. My recovery from addiction has enabled me to live a life that I had always felt was out of reach when I was tied down by the chains of my alcoholism.

The Admirable Traits of Someone in Addiction Recovery

Overcoming addiction is no easy task. Facing life’s problems and figuring how to get through life after being addicted to a substance takes a lot of hard work. Fighting through the early days that are consumed with cravings takes a lot of willpower. 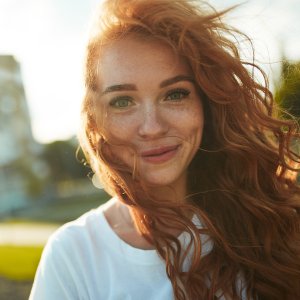 Ten Benefits of Having a Sober Holiday Season

It’s that time of year again, the holiday season is fast approaching. This can be a time of great joy and excitement but it can also be a time of worry and stress. When it comes to the holidays many people have the tendency to overindulge whether it be with food, presents or alcohol… 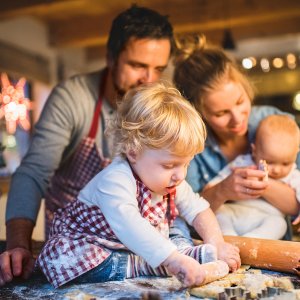