I don’t know about the rest of you, but recently I’ve seen an explosion on social media of memes that depict mom’s drinking wine in order to cope with their children.  These “Mommy Wind Culture” memes may be trying to be funny, but they highlight issues with the glorification of drinking in our culture by suggesting that in order to deal with the stress of motherhood, one must drink large amounts of wine. Funny or not these jokes may also have unintended consequences on mothers and their children.  One consequence is the normalization of excessive alcohol consumption while simultaneously ignoring the negative impacts of alcohol abuse. Not funny at all..…

As someone who has personally dealt with alcoholism and has since obtained six years of sobriety, I know first-hand the suffering alcoholism can bring. I find it incredibly frustrating to see the promotion of alcoholism among women and mothers. As a mom who is in recovery and as someone who works in the addiction field in order to help others, I find the notion of “mommy-wine culture” to be incredibly sad. How did we get to the point where sayings like these became humorous instead of red flags to underlying problems?

When taken at face value, these sentences sound more like something someone would say during a clinical assessment using diagnostic criteria for an Alcohol Use Disorder than something to laugh about. By using alcohol as a means to relax it becomes more and more difficult to develop healthy coping mechanisms. The lack of life skills and healthy coping mechanisms can very easily lead to the road of alcohol addiction.

Mommy Wine Culture On The Internet

You can see the memes while scrolling through social media on a daily basis. One internet search of “mommy wine culture” can quickly show you that too many people find these tendencies to be something to be laughed about and celebrated.

This language is telling children that alcohol is needed to have fun. When people have the misconception that alcohol is a requirement to have a good time they can easily miss out on many of the experiences that life has to offer. How can a parent expect their children not to abuse drugs or alcohol when they are themselves regularly abusing alcohol?

The thing that “mommy wine culture” seems to ignore is the message that it is sending to children. As a child how would you feel hearing that your mother drinks because she has to take care of you? Sure, being a parent can be stressful and difficult but that doesn’t mean a child needs to hear about it. Pushing the blame on a child for one’s personal decision to drink is not only unfair but also reckless. This sends the message that difficult situations in life are dealt with by drinking and that the only way to cope with stress is to drink.

If you replaced the word wine in these sentences with any other drug would people still think they were funny? Probably not because it would make it easier to see the underlying promotion of substance abuse. Can you imagine someone walking around in a shirt that said, “The most expensive part of motherhood is all the meth you have to smoke”? I can guarantee that someone would be calling Child Protective Services within an hour of that person going out in public. So why is it any better just because it says wine? Just because alcohol is legal doesn’t mean it can’t become just as destructive as illicit drugs when abused.

Because alcohol is legal and so socially acceptable many of these unhealthy ideologies have slipped through the radar as normal. Instead of showing the importance of moderation or in some cases abstinence it is showing our children that substance abuse is a normal part of being an adult. By implying that motherhood and drinking go hand in hand we are implying that it is not only normal to overindulge as a mother but that is also the “best part” of being a mother.

The ironic thing about all of this is that while “funny” T-shirts and memes are passed along without second thought women who actually begin to see the consequences of over drinking are looked down on. Once a woman realizes that she has developed a drinking problem she will very often not feel comfortable enough to reach out for help due to the social stigma that surrounds addiction. So, while this ideology is saying it’s funny to be a “wine mom” to cope with the stresses of motherhood society also says that if you cross the blurry line it somehow becomes some sort of moral failing of someone who can’t handle their liquor.

Where are these messages originating from? It is no secret that alcohol companies have begun to target women in an effort to increase sales. In a capitalist society, it makes sense they would want to increase their profits. The true problem of all of this is the increased rates of Alcohol Use Disorder in women. According to a study done by the National Epidemiologic Survey on Alcohol and Related Conditions, the rates of high-risk drinking and Alcohol Use Disorder in women have risen 83.7% between 2002-2013.

Despite the memes and jokes about alcoholism, this is a very real problem that has the ability to destroy lives and tear families apart. What many people fail to understand is that you do not have to be homeless to have a drinking problem or to be an alcoholic. It is very easy to fall down the slippery slope of addiction and regardless of what anyone says it can strike any person at any time. So, let’s begin to take responsibility for our actions and how they affect our children and put an end to the glorification of alcoholism among mothers.

Being a Sober Mom in “Wine Mom Culture” 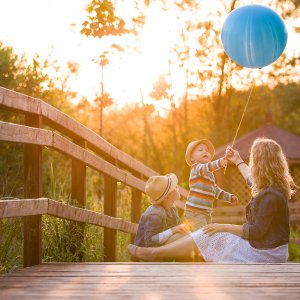 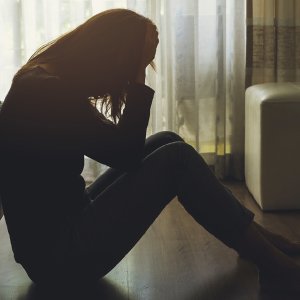