Myth: You Have to Be an Alcoholic in Order to Have a Problem with Alcohol

I’ve heard this time and time again from people and it is usually in the context of somebody trying to downplay their unhealthy relationship with alcohol. Sometimes people will try to defend their drinking by saying they aren’t an alcoholic and they can stop any time they want. In my experience any time a person says “I can stop any time I want, I just don’t want to” they usually can’t—at least not for a significant amount of time.

The fact of the matter is you do not have to be an alcoholic in the traditional sense of the word in order to have an alcohol problem. Alcohol use can still have negative consequences for a person who doesn’t drink all of the time. A person can still drink too much or have an unhealthy relationship with drinking and not be an alcoholic. Even if someone only drinks once per year but every time they do they drink too much and drive under the influence, they have a problem with alcohol.

For some odd reason, alcohol is the only drug where you have to explain to people why you don’t use it instead of why you do. It is also one of the only drugs that is seen as ok to use in moderation. Most people would condemn somebody who openly admitted to using heroin or methamphetamine “on occasion” but wouldn’t bat an eye at someone else who binge drinks every weekend. When taking into consideration that all three drugs can be equally destructive, it becomes strange to see that there is so much social acceptance for binge drinking.

Everyone has the capacity to drink too much and have negative things happen while they are under the influence of alcohol. When a person is drunk there is a good chance that they will say and do things that they wouldn’t do if they were sober. Drinking lowers a person’s inhibitions, regardless of whether or not they are an alcoholic. Anybody can make a stupid mistake while under the influence. This is the nature of alcohol, it can hurt anyone and everyone, not just alcoholics.

A person who is able to drink responsibly and in moderation will not feel the need to justify their drinking. Someone who does not experience negative consequences from alcohol will not be put in a situation where they feel the need to defend themselves against the accusation of drinking too much. If a person is becoming defensive about their drinking habits then on some level they know that they may have a problem. This might only be on a subconscious level but nonetheless part of them knows it is true.

Just because a person quits drinking doesn’t mean they are a bad person and it doesn’t mean they have some sort of moral defect. People often forget that alcohol is a highly addictive drug. Just because it is legal to drink alcohol doesn’t make it any less toxic for your body or any less of a risk to use. If a person feels the need to defend why they drink or how much they drink, then there is most likely some degree of a problem present.

If you or someone you know is constantly feeling the need to justify why you drink or convince others that you do not have a drinking problem, then it would be a good idea to sit down and examine your relationship with alcohol. Being an alcoholic is not required for a person to experience the benefits of not drinking.

Am I an Alcoholic? Tips on How to Know

If you get to the point where you have to ask this question about yourself or a loved one chances are there is a problem. Whoever the person is in question may or may not technically be an “alcoholic” but there is certainly an issue with substance abuse at hand that needs to be addressed. If it wasn’t a problem then there would be no need to even ask if there were one.

How Sobriety Has Become the Foundation for My Life

How Sobriety Has Become the Foundation for My Life About seven and a half years ago, my life was what many people might call a mess. I was having a hard time making ends meet and had to move back in with my parents because I was drinking entirely too much alcohol. 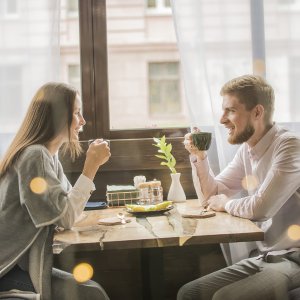