Searching for answers to today’s opioid epidemic has been a societal priority for years. What started as a small, uncommunicated crisis that was indiscriminately affecting anyone wound up turning into a worldwide epidemic with hundreds of thousands of deaths in its wake. It’s almost impossible to meet someone who hasn’t been touched by the opioid problem in some way. With so many people adversely affected by addiction, there has been an ongoing effort in the United States to determine the best possible treatment. Unfortunately, the year 2020 saw more opioid-related overdose deaths than ever before. While not often thought of as important for recovery, nutrition has long been a part of the Narconon drug and alcohol rehabilitation program, and a recent study suggests there is a link between addiction and nutrition.

Holistic programs like Narconon take a “whole person” approach to handle addiction. The Narconon program works by addressing the physical dependency on substances, as well as the mental and emotional distress that lead a person to continually self-medicate. Narconon attempts to get to the root of a problem rather than medicate symptoms and opts for natural alternatives first. Nutrition and nutritional education are common aspects of the Narconon program. Western culture has been very quick to medicalize most things, including addiction. The Narconon program challenges this idea and offers alternative solutions.

“… causative but preventable environmental factors that contribute to opioid addiction are of great interest.”

It is a foreign idea to a lot of people that nutrition could assist in the recovery from certain ailments, including addiction. A recent study conducted by Massachusetts General Hospital linked vitamin D deficiency to addiction. More specifically, the study linked the deficiency to increasing the effects of and cravings for opioids. According to the authors of the study, “These data suggest an inverse, dose-dependent relationship between VitD signaling and opioid use, independent of known opioid use triggers.” The authors of the study also said, “… causative but preventable environmental factors that contribute to opioid addiction are of great interest.”

The good news here is that in laboratory settings, oral supplementation of vitamin D appeared to reverse the effects of opioid-seeking behavior.

“Oral supplementation to rescue VitD deficiency restored the morphine preference pattern to that of VitD-replete mice, demonstrating that the VitD-dependent effect is reversible.” The results, they said, “collectively support the hypothesis that deficiencies in VitD receptor signaling sensitize animals to opioid-seeking behavior that is reversible upon VitD supplementation.”

These are very encouraging findings and give credence to holistic programs’ methodologies and could potentially dispel the idea that medications, such as narcotics, are a cure-all for everything. Giving the body what it needs to heal while addressing underlying mental and emotional triggers could be one of the best treatment options, with empirical, scientific data backing up that claim. This is a new development in the addiction field and it’s exciting to think of the possibility of there being a complete paradigm shift within the drug and alcohol rehabilitation community. 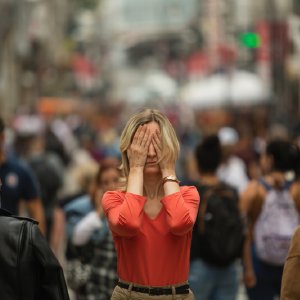 Essential Aspects of a Healthy Diet in Addiction Recovery

It’s no secret that drug addiction wreaks havoc on the human body in a variety of ways. Most people who are caught up in addiction are not obtaining the optimum amount of nutrients. When the body is deprived of essential nutrients it cannot perform properly and will begin to deteriorate over time.