The Binge Drinking Elephant in The Room

With all of the attention on the opioid epidemic, there is another substance that has been causing problems but has been receiving much less attention. This substance is socially acceptable, readily available and considered by many to be a “rite of passage” into adulthood. It has become so ingrained in the United States’ culture that its advertisements can be seen on television, billboards and at sports events. Ironically, there are even drive-through stores for this product. If you haven’t guessed it already, this substance is alcohol.

According to the Consumer News and Business Channel (CNBC) children in the United States grow up seeing on average 3 advertisements for alcohol per day, which equals out to around 1,000 advertisements per year. While this may not seem like a big deal to many, consider that the point of advertisements is to promote sales and consumption of a product. Taking into account the fact that children are being exposed to such high levels of alcohol advertising it becomes easier to see how this can cause problems later on down the road. When combined with the high risks associated with underage drinking, it becomes evident that this is an issue that deserves more attention than it has received.

According to the Substance Abuse and Mental Health Services Administration (SAMHSA), there are approximately 5,000 people under the age of 21 each year whose death is related to underage drinking. The Centers for Disease Control and Prevention (CDC) have stated that alcohol-related deaths are the third leading cause of preventable death in the United States and average out to around 88,000 deaths per year. Top that off with the estimate from SAMHSA that only 8.9% of people who need treatment for their alcohol use actually receive it and it becomes pretty apparent that we have a rather large issue on our hands.

Our society often glamorizes drinking and glosses over the very real and very nasty side effects that come with overindulgence. A vast majority of movies marketed towards young adults contain “highlight-reels” of college parties with humorous anecdotes of drunkenness. They don’t talk about the guy who dies from alcohol poisoning at a fraternity party or the young woman who gets sexually assaulted while under the influence. Why would they? These are uncomfortable issues to talk about but nonetheless, they still deserve our attention and are real problems that need to be addressed.

By the numbers, we can see a rather alarming trend growing from statistics gathered by the National Institute on Alcohol Abuse and Alcoholism (NIAAA) that state each year there are:

My point isn’t to say that alcohol use should be banned for those who are able to use alcohol in moderation or that we should shame those who drink. My point is that perhaps as a society we should begin to look at the messages we are sending to our youth about alcohol use. It has become more than apparent that the normalization of binge-drinking is contributing to the growing problem of alcohol-related issues.

According to the American Cancer Society heavy alcohol use has been linked to multiple types of health concerns. Perhaps the most alarming of these health concerns is cancer. 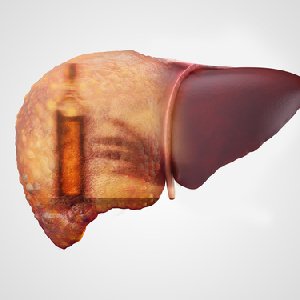