Why Waiting to Hit “Rock Bottom” Might Be Too Late

A lot of people hold off on asking their loved ones to get help because they believe the myth that someone has to hit “rock bottom” in order to be willing to get help. While for some people this may be true, it is not necessarily true for everyone. Unfortunately for many addicts, rock bottom means death, and at that point, it is too late to get help. The National Institute on Drug Abuse (NIDA) also advises that the earlier a person is able to get treatment for addiction the better and that having to hit rock bottom in order to benefit from treatment is a myth.

If you are someone who is watching someone you love struggle with addiction, it is important to know that it is never too early to step in and ask that person to get help. In fact, the earlier an addiction can be handled the better. A phrase that can often be heard uttered by someone who had been caught up in active addiction for a long period of time is “I wish I had gotten sober sooner.”

The longer a person waits to get sober the more their addiction will begin to have a negative impact on their lives and the greater the damage that will be done. This is in no way meant to discourage someone who has been caught up in substance abuse for a long time but is rather intended to encourage anyone dealing with addiction to realize that the best time to handle an addiction is now.

With the ever-increasing rise in deaths from drug-related overdoses due to increased potency in drugs, it is now more important than ever to up the awareness on seeking quality treatment. There is a common misconception amongst young adults that there will be time later down the road to get sober, however for far too many people that day may never come.

Another important thing to keep in mind is that everyone’s “rock bottom” looks different. Someone does not necessarily have to be homeless to have reached their lowest point. Some common symptoms of rock bottom are:

Addiction does not discriminate based on age, race, religion, etc., and it can destroy anyone. There have been too many lives lost to drug and alcohol addiction. If someone you love is an addict, don’t wait until it is too late to try and get them help.

The Different Types of “Rock Bottom”

There are many different stages of “Rock Bottom” that a person can experience. When it comes to addiction there is a common misconception that rock bottom means a person has lost everything in their life and is living on the streets. 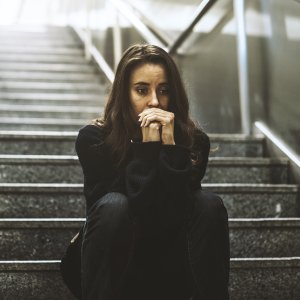 Myth: You Have to Want to Get Sober for Treatment to Work

A complete and utter to commitment to treatment is what most families believe their loved one needs to have before they will pool together resources and place them in a treatment program. 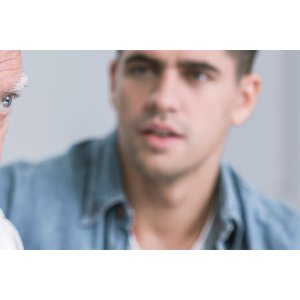