As you know, I had a happy childhood with our family. Naturally, there were some troubling times as our family progressed, whether it was the loss of a family member or financial hardships that occurred, but throughout it all, our family remained strong and united. Then in November of 2000, I hit you with the reality of my addiction to heroin. While I know you had a strong idea something was going on, I also know that hearing that your son was a heroin addict was the furthest thing from your mind at that time.

In true fashion, you stuck by my side and together we found the help that I needed in order to overcome the demon I was battling. Things were good again and I began to flourish in my sobriety and my life. By 2004 I had found a woman that I loved, we started a family of our own, and began to achieve the goals we had set out for ourselves. The relationship between you and I was rekindled and continued to expand along with the rest of my family.

By 2016 my professional life was flourishing and with that, came the development of a wonderful relationship between my two beautiful boys and myself. Despite this, the relationship with my wife was dwindling. Rather than grabbing a hold of and strengthening what had increased my success with the boys and my professional career, I began to look for a way to numb myself from the pain and reality that I was losing my marriage. I began to use pain pills excessively to cope with the emotional pain and even began using crack and meth in the hopes of bringing her and I back together, even though it only caused new problems. By 2017, I realized the relationship was over despite anything I did to try to keep it close. I began using heroin again and, of course, hid all of this from you, telling you all was okay and lying about what was going on in my life.

By October of 2017, the state had to step in and took the kids away. The pain of this loss was the gasoline that ignited the fire. My drug use soared to places I never imagined it could have gone. I had already lost the boys and now my addiction was taking away anything solid I had such as my career, integrity, open communication with you and, to be honest, my soul and desire to live at all. Still, I kept this all hidden from you, using whatever means I had in my arsenal to divert the truth and cover up what was really going on. Looking back, not only was I hiding it from you, but I did anything I could to hide the truth, which was that in just one year I had destroyed everything I had worked so hard for and built over the last 16 years, from myself!

By December of 2018, there was no hiding it anymore. My life, if you could call it that, was fully out of control. Every day was a battle of how was I going to get my next dose, where was I going to sleep at night, how was I going to eat, what scam was I going to commit or what new story could I come up with so that you would send me money once again. You confronted me again and I finally came clean with what was going on. Even though you stood there by my side, begging and pleading with me to get help, I still couldn’t bring myself to confront everything I needed to handle. Multiple times over the next month we set up appointments to go into detox or some other program and I couldn’t even make it to the front door of the facility.

By April of 2019, I found myself in and out of jail for the crimes I had committed. I’ve got to say though the reality really set in for me during my last incarceration. I called you begging and pleading for you to bail me out, but you stood fast saying  “Chris, I think you are exactly where you need to be right now. At least I know you are safe.”

“Chris, I think you are exactly where you need to be right now. At least I know you are safe.”

I remember having so much hatred, doubt, and sadness that you wouldn’t help me out. However, looking back it was the absolute right thing to do. I was released and continued my behavior for about another week. Then finally on April 29th, I reached out to you and agreed to talk with a counselor at Narconon Colorado. I remember even then trying to convince you to give me one more day, knowing that if you did, I wasn’t going to make it to the doors again. Instead, you stuck to what you knew was right for me and gave me the final ultimatum that if I didn’t go then you were done.

As I went through my program, I began to realize and handle all the things I needed to handle and made tremendous progress. I am now approaching 1 year clean, am rebuilding my relationship with my sons and building my life back up. I honestly am amazed at the progress that I have achieved over the past year and in so many ways, I owe it all to you. You stayed by my side and showed me that you were not going to allow me to continue down the road I was on and wind up dead somewhere with a needle in my arm.

Thank you, mom, for all your support throughout my life but especially the past couple of years. Thank you for making me face the harsh truths and realities that I needed to face to gain control back. I know the troubles and heartaches I put you through seemed insurmountable to you as well, but you stuck by my side and those insurmountable odds have been overcome.

This Was the Best Thing I Could Have Done for Myself

Recent Graduates share their experiences with overcoming addiction at Narconon Colorado. “Narconon Colorado was a phenomenal program. It literally saved my life. Although each part of the program seemed difficult, it was worth it 100% to stick it out and conquer it.“ 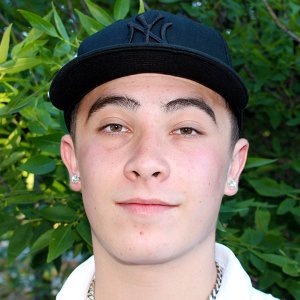 Before drugs, I was a lost soul whose life revolved around drugs. I lost a lot of things, from my family to my possessions and home. I came to Narconon to get help with my addiction with the help of my mother. I was very iffy being here.