Bath Salts Aren’t a Thing of the Past: New Jersey Arrests on the Rise

Bath salts are an intoxicating substance that exist in a similar realm with “spice.” Years ago, “legal” drugs and substances known as research chemicals became pretty popular. They offered the ability to get a user high without causing them to fail a drug test. As more and more people found themselves in jail as a byproduct of their addiction and more employers started participating in drug-free workplace programs, individuals who use drugs found themselves in the precarious position of possibly being subject to forensic drug urinalysis testing. Since getting clean and sober wasn’t a desirable option for many, substances like bath salts and spice all of a sudden had a market.

Spice was one of the first mainstream “legal” drugs. It was supposed to allegedly get users high in a way similar to marijuana with the promise of not being able to show up on a drug screen. This gave spice the nickname “legal weed.” After a while, the DEA came in and banned the drug. Chemists took the spice chemical, altered it slightly, and now they had a fully legal drug again. Then that drug got banned, chemists altered it again, and so this went on and on to a point where currently, we don’t really know what spice is any more or what the potential effects on the user are. Spice is now so many iterations away from what it originally was that it’s now a virtually unknown substance.

The history with bath salts is fairly similar to the history of spice, except bath salts were originally meant as a legal version of methamphetamine. The drug was constantly banned and altered, just like spice, to where bath salts is now a completely unknown substance. Both spice and bath salts were routinely sold in head shops, gas stations, and in online marketplaces. Over the years, both drugs seemed to lose popularity and became hardly talked about. That is until recently.

There has recently been an increase in arrests involving bath salts in the Jersey Shore region. Police in the Tiadaghton Valley department of law enforcement say bath salts use is on the rise and there have been numerous recent cases and arrests involving the drug. This is pretty shocking and I know I’m not the only one who thought that drug was history at this point, but then again, I thought spice was gone too but there have been reports here and there throughout the country that suggest people are still manufacturing and selling the drug.

Both spice and bath salts have caused some serious problems and a lot of people have been gravely injured by these substances. Both drugs are known for causing psychosis, seizures, unconsciousness, death, violent outbursts, and zombie-like states. None of that sounds appealing, but some users will go to some serious lengths to get high. This just goes to show the seemingly perpetual nature of the our world’s drug problem and it doesn’t seem to be stopping anytime soon.

How Drug Use Can Affect Others 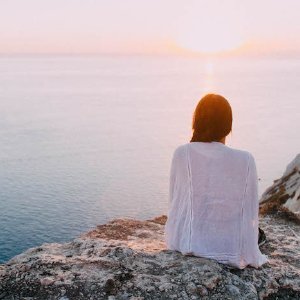