Over the past five years, Colorado has begun to experience a resurgence of meth use.

According to Colorado’s U.S. Attorney Jason Dunn, “The methamphetamine problem has come back with a vengeance. While we are still making progress on the opioid front, we’re still losing ground on the methamphetamine front.”

Although domestic production rates of meth have dropped, the United States has been receiving an influx of the drug from Mexican drug cartels who have perfected the process of creating highly potent methamphetamine in vast amounts. Because the drug is produced in a lab and does not require the production of any crops, it is much cheaper to create and sell than drugs like heroin and cocaine. Vast amounts of extremely potent meth have flooded The United States and are available at a relatively cheap price. The combination of increased potency and decreased price have compounded the already-problematic issue of meth addiction.

One of the biggest challenges of addressing this dilemma is that meth is a terribly addictive drug. “Casual meth use” can very quickly escalate into a full-blown addiction. Many people who try the drug get hooked right away. Meth use produces an intense rush of dopamine and serotonin in the brain which results in a powerful high and intense cravings. People will often go on binges for days at a time in order to try and maintain this feeling and to avoid the difficulty of coming down. Once the effects of the drug have worn off, the brain becomes depleted of dopamine and serotonin resulting in feelings of anxiety and depression.

Repeated use of the drug will create an increased tolerance. People will need to take more and more of the drug to achieve the same results which then boosts the likelihood of addiction. It is no secret that meth use wreaks havoc on a person’s body, mind, and emotions. The negative side effects of meth include but are not limited to:

With all of the attention that has been placed on opioid overdoses, many people falsely assume that they cannot overdose on meth. In reality, not only is it possible to overdose on the drug, it can also be deadly. Meth that is being produced today is more potent than ever and has oftentimes been found to be laced with the synthetic opioid fentanyl. The combination of these two issues is resulting in increased methamphetamine overdose rates.

Effects of methamphetamine overdose include but are not limited to:

Despite the efforts to cut back on the amount of meth that is coming into the United States the drug is continuing to engulf the illicit drug market. While a combination of solutions will be needed to fully address this problem, the best thing we can do is to work on reducing the demand for the drug. It is now more important than ever to talk to your children about the dangers of meth use. If you know someone who is struggling with a meth addiction the best thing you can do for them is to encourage them to reach out for help.

Did Vivitrol Cause a Surge in Methamphetamine Addiction?

Vivitrol is a monthly injection of an opioid blocker. It shuts off an addict’s ability to get high from opioids and is usually used as a protective measure against relapse with addicts who are in early recovery. Could Vivitrol be contributing to the surge in methamphetamine addiction? 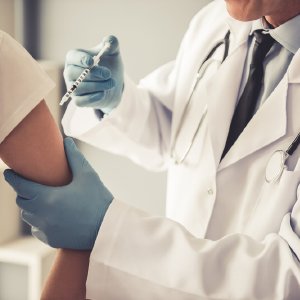