Did Vivitrol Cause a Surge in Methamphetamine Addiction?

At this point, calling the opioid problem, meth problem, and benzo problem anything other than a major, overall drug crisis would be highly inaccurate. It’s actually a “syndemic,” where we have three different drug problems all merging together, making the situation that much worse. Drugs are more prevalent in our society than ever before. It’s become completely normalized for a family to suffer from and deal with addiction because it’s happening so often. We’re also living in a day and age where drug use, in general, has been condoned to a greater or lesser degree with the recent state legalizations of marijuana across the country.

It’s not the shameful secret families had years ago, which is a good thing because it’s actually being confronted now, rather than swept under the rug and not talked about.

In the wake of the drug crisis, so-called miracle cures have popped up alongside a plethora of rehabilitation centers that try to give some hope of ending the cycle of addiction. There are also various medications, injections, implants, and natural supplements that all promise to help handle addiction for good but fail to deliver in the end. As with anything else that claims to be a quick fix, these treatment routes definitely have their downsides. More and more addicts and physicians are seeing the Vivitrol injection as the best way to handle opioid addiction and chronic alcoholism. The idea is to get users to put down the bottle and the needle for good and get sober, however, there has been recent speculation that Vivitrol might be acting as a gateway into methamphetamine abuse.

Vivitrol is a monthly injection of an opioid blocker. It shuts off an addict’s ability to get high from opioids and is usually used as a protective measure against relapse with addicts who are in early recovery. It was never designed to be used in place of actual drug treatment, but many believe all you need to do is get your monthly shot, go to some meetings, and you’ll be okay, but they couldn’t be more wrong. It is highly unlikely that an addict can take a medication, do no work whatsoever to handle the root of their addiction and get sober. Vivitrol shuts off the ability to get high from opioids, but an addict can still use and abuse literally any other substance, and they commonly do because nothing has been done to handle why they use drugs in the first place.

With very potent and pure methamphetamine being widely available and easy to attain, opioid addicts appear to be switching over to meth as their new drug of choice once they start receiving monthly Vivitrol shots. One reason could be that more opioid addicts are using meth to get through their withdrawals (which I absolutely did) and the other reason could lie in the fact that addicts who take monthly Vivitrol injections don’t participate in a rehabilitation or recovery program, so they still have unhandled issues that drive their substance abuse. Drugs are a solution to a problem for addicts. Unless that problem is handled and addressed, it doesn’t matter how many medications and prophylactic measures are put in place to prevent them from getting high, they will still find a way to use something to take the edge off and handle their issues.

I don’t personally believe that Vivitrol by itself is leading addicts into meth abuse, I just don’t believe it’s the silver bullet many people believe it is. Blocking an addict’s ability to get high on one substance will likely cause them to move on to one they can. The worst thing an addict can do is get the monthly injection without supplementing their recovery with some type of rehabilitation program. There are no panaceas to addiction. Getting clean and rehabilitating one’s self requires a ton of motivation, perseverance, dedication, and a comprehensive drug rehab program that will handle their core issues that makes them pick up a pipe, a straw, or a needle every day.

Over the past five years Colorado has begun to experience a resurgence of meth use. According to Colorado’s U.S. Attorney Jason Dunn, the methamphetamine problem has come back with a vengeance. 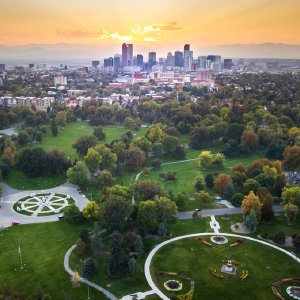