Not only does it take courage from someone suffering from addiction to confront their problems, it also takes strength and courage from the people who love them the most. Addiction can be a powerful force that has the ability to tear apart families and destroy marriages. Here is one woman’s story about the unyielding love it took to help her husband not only recover from addiction but also save their marriage.

“My story is more about how Narconon saved my marriage and husband. I have been married to my husband Justin for almost 11 years; we have two beautiful girls who are 10 and 8. When I first got with Justin I had no clue he used, I didn’t even know about drugs or addiction so it was hard for me to understand. I remember one day I walked in on him in the bathroom holding a needle and belt and I was scared to death, I told him I never wanted to see that kind of stuff happening in our home again.

“I’m not going to say I never tried things because I did;
I tried them because he begged me to do them with him so I did. I have only tried two substances not even a handful of times and never felt the need to try it again or want more, this made me frustrated because he always wanted more and more and I didn’t understand why!

“When I found out I was pregnant he turned his life around and promised never to do it again but he was doing it off and on during my pregnancy and I was so hurt and still not understanding. I felt like I wasn’t enough and the new baby wasn’t going to be enough. Things turned around finally when she was born and things were going great but I knew he was still having urges and still not feeling like he could get over this demon. As time went on things were good and we had another child and things finally felt right and I was happy with our little family and I was proud that he was trying to let go of the addiction which at times seemed like it was his best friend.

“Fast forward to our ten years together things were rough, we were fighting more, he was sneaking around, lying more and just not being the caring person that I had loved so much. He left in March and was gone the whole month the only time we saw him was when he picked up our girls from school and dropped them back off to me. I didn’t know what was going on or what I had done to make him fall off the good path. I couldn’t understand how a person could just up and leave his wife who had always had his back and who had always stood up for him. How could he just leave his two daughters that loved him so much and looked up to him? Things were bad but I didn’t give up. I kept texting him, checking on him even when he was so mean and saying really hurtful things, I knew this wasn’t him and I wasn’t willing to give up on him!

“Finally, I got him to come home and we talked, it wasn’t a lot, I was just glad he was home and wasn’t putting the toxic stuff in his body anymore. After a couple of days, he reached the decision to get treatment for himself and that made me so happy, it finally meant he was ready for help and he knew he needed help. He was in the Narconon program for three months. It was a hard three months without him but a weight had been lifted off my shoulders I felt like I could breathe again because I knew he was in a safe place and he had no contact with the outside world.

“He got so much help and tools that he to this day still uses. He was back to his old self and happy again and finally realized that he didn’t need that stuff to be happy or to mask the hurt; all he needed was the right tools and the right people to show him the way! He’s a great husband, hard worker, and an awesome dad and we have no one to thank other than the program and himself. Justin has been sober now for 11 months and I’m so proud of him. If it wasn’t for his hard work and the Narconon family I would not have my best friend next to me right now—so this program not only saved him it saved me as well!”

Amanda—Wife of a Narconon Colorado Graduate.

How Narconon Colorado Saved Our Son From Alcohol Addiction

Narconon Graduate Mike and his fiancée Sara Part of being a parent is wanting what is best for your child and wanting to them be happy. That being said seeing your loved one, particularly your child struggle with an addiction is a rather difficult thing to see.

A Father’s Experience With Narconon Colorado

To all who are reading this… Let me just start off by saying this, Narconon Colorado and its caring and qualified staff saved my daughter’s life and are willing and able to do the same for you or your family as well. I would like to share with you all my experience with Narconon Colorado. 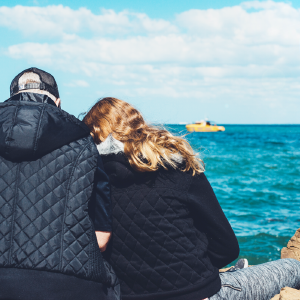