Since the beginning of the War on Drugs, the United States has seen a substantial increase in the rates of incarceration for drug-related offenses. The Center for Prisoner Health and Human Rights states that in 1980 there were approximately 40,900 people incarcerated for drug related offenses, in 2013 that number jumped up to 489,000. One in five people incarcerated is locked up for a drug-related offense. Studies conducted by The Prison Policy Initiative have found that there are over one million arrests for drug possession each year and there are more than four times as many arrests for drug possession than for drug sales. This alone shows that there is a desperate need for quality addiction rehabilitation in our country. History has shown us that the solution to the United States drug problem cannot solely focus on battling suppliers when one drug cartel is taken out another quickly takes its place. The more sustainable solution would be to work on cutting down the high demand for illicit drugs, and this can only be done with effective treatment and prevention programs.

Taking into consideration that there are almost half a million men and women locked up for a drug-related offense and that of those men and women the vast majority who do not receive treatment will return to abusing drugs upon their release; it would seem wise to look at a reforming the way we treat drug offenders and how money is spent on correctional facilities. History has proven that in the majority of cases the punishment of jail and prison time without access to adequate rehabilitation does not somehow magically cure addiction. A more effective means of drug-related crime reduction would be a stronger focus on addiction treatment, prevention and job training for those individuals who need it.

The NADCP has found that the combination of Drug Court and supervised treatment has been more effective in the treatment of non-violent drug offenders than jail time, probation or treatment alone. Their Studies have found that treatment of drug offenders is usually not very effective without some form of accountability because there has usually been a high dropout rate for drug offenders unless they are under a higher level of supervision. When done correctly the Drug Court method of handling drug offenders by means of treatment and accountability has been found to end up being cheaper than other justice strategies and on average provides a lower recidivism rate. The NADCP has calculated that Drug Court can save an average of $4,000-$12,000 per client due to lowered prison costs, reduced victimization and a lower amount of re-arrests.

According to the National Institute on Drug Abuse (NIDA) “every dollar invested in addiction treatment programs yields a return of between $4 and $7 in reduced drug-related crime, criminal justice costs, and theft. When savings related to health care are included, total savings can exceed costs by a ratio of 12 to 1.” The current system of punishment is clearly not an effective means of substance abuse treatment and the facts here back that up beyond a shadow of a doubt. Anyone who has dealt with addiction either on a personal or second-hand level can see that you cannot simply punish the addiction out of an individual. It is well past time to take a serious look at our criminal justice system and how it treats those dealing with addiction.

High incarceration rates show that prison time is not enough of a deterrent for someone to quit using drugs, especially once addicted. The best way to deal with this issue is to make long term, quality residential addiction treatment more available to not only convicted drug offenders but to the public as a whole. Without providing access to quality treatment and providing inmates and drug offenders the opportunity to learn new life skills the criminal justice system will continue to be, for the most part, a revolving door that is failing not only the addicts themselves but the community as a whole.

Society’s Reaction to Addiction Is Contributing to the Problem

If you break the law or disrupt the social conventions and ideals of a society anywhere in the world it is common and expected that punishment will follow. Without rules, laws, and consequences chaos would ensue. The culture of drug addicts is such that breaking the law is a given. 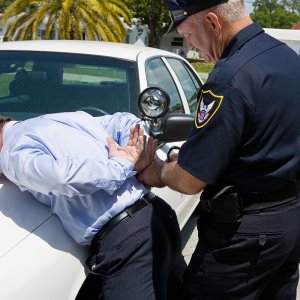