Society’s Reaction to Addiction Is Contributing to the Problem

If you break the law or disrupt the social conventions and ideals of a society anywhere in the world it is common and expected that punishment will follow. Without rules, laws, and consequences chaos would ensue. The culture of drug addicts is such that breaking the law is a given. To buy, sell, drive with or use drugs is all illegal; therefore we have a group of men and women that are breaking the law dozens and dozens of times every single day. This results in individuals unwilling to seek help in many cases due to a fear of retribution. The cultural group of addicted persons has spread to every corner of the globe. It has infiltrated communities, religious groups, government groups and media outlets to such a degree that one could not hope to ever list all of the areas that addiction has been found. This epidemic and its cultural ideas have spread so fast and so far that the world was caught completely off guard and was found underprepared to handle the problem. The world and in particular the United States has responded in the only way they know how and that is through swift governmental and legal action.

The United States currently has the largest prison population per 100,000 people at 716 meaning that out of every 100,000 documented United States citizens 716 are in prison, the second closest being Cuba at 510 people per 100,000 individuals (Brux 31). Combine this with maximum sentencing laws for drug offenders, an arbitrary three strikes sentencing policy and there will inevitably be an ever-increasing prison population. Growing prisons require more and more financial support from the federal as well as state level of government to maintain ongoing operations.

This is how humanity has reacted to addiction as well as the addiction culture because of the belief that one can “just say no” or be so scared of potential consequences that they will never use again. Unfortunately, society has been proven time and time again to be wrong. Consequences and punishments do not help this group they do not deter more members from joining, all they do is further condition the criminal and addicted mentality.

The United States is cramming its prisons and jails with more inmates then it can realistically handle. With that increase in prison population, inmates get even less attention and help. Prison crowding predicts significantly higher rates of parole violations by addicts after release from prison. (Ruderman 6). This is a vicious cycle of release and returns found in all prisons and jails across the United States. Those addicted are not being helped or rehabilitated they are locked away and cast aside.

In a study conducted in 2014 by the Substance Abuse and Mental Health Services Administration (SAMHSA), it was estimated that 42.5 million Americans deal with a form of mental disease with 9.3 million of these people being labeled as having such a severe mental illness such as addiction that they cannot function normally on a day to day basis (Bekiempis 1). Throwing or locking away the problem has not worked nor does it look like it will ever be successful. The only effectively proven way to help the drug addicted culture is through effective and available treatment.

It is easy to understand why correctional facilities were started in the first place. It is society’s solution to individuals that are incapable of following the laws put in place by the public to keep the majority of citizens safe and happy. Correctional facilities were created as a place to house individuals that were deemed a threat to the ideals and morality of the majority. The problem facing the United States today is that simply housing addicts is not enough. It is not possible to simply lock people away for a set number of days, let them out after time has been served and hope they will somehow be different. True change only comes through work and that work cannot possibly be done if it is not made available to those that need it.

The answer is very simple. There is a direct correlation between therapeutic prison environments, mental health care, education and a lowered prison recidivism rate (Drago 4). The majority of individuals that are incapable of abiding by or following societal laws and moral codes don’t need punishment; they need help. Locking someone in a cage cannot free them from their own mental barriers only education and understanding can do those things.

Prison is the last stop for many addicts. Once they get involved in the prison and justice systems the odds are almost immediately stacked against them. It is far more likely that a first time offender will return to prison multiple times throughout their lifetime than it is that they will get a college education or maintain long-term employment and this is a problem. If even 50% of inmates will become repeat offenders upon their release it is easy to see change must happen the numbers speak for themselves. If the governments of the world invested enough financially to cut the recidivism rate down by only 10% that would convert into millions upon millions of savings and that money could then is invested elsewhere. Not only would money be saved but lives would be saved as well which cannot be counted in dollars and cents.

If you or someone you know is struggling with addiction and would like more information on how to get help please fill out the form below.

Reading the local news today I was inundated with stories on local drug arrests, mass long term investigations and centuries worth of jail sentences being handed out by the court systems. 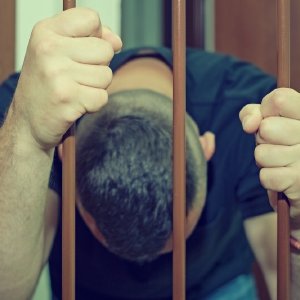 It is a well-known and unfortunate fact that the United States has the highest prison population in the world. The United States incarcerates nearly one-quarter of the world’s prisoners of which 60% test positive for illicit drugs upon their arrest. So, what is the answer? 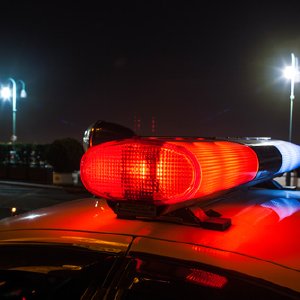