In my journey through the Narconon Program, I have achieved tremendous success at this facility. I started out rough and rebellious and it took a few staff to just get me in the door. The dedication that they showed at that very moment amazed me.

After I completed the drug-free withdrawal, I went into the sauna program and from that, I felt completely rejuvenated and energized—physically as well as mentally.

Next, I entered the course program where I learned some amazing abilities that I can use in all aspects of my life. Objectives really heightened and improved my mental capabilities and raised my awareness of everything around me. The end result from Objectives was to be more in the present and to live in the moment. This was a huge win for me as I was once living in the past, unable to move forward.

Lastly, life skills allowed me to release all of the bad things that I did during my addiction. I had a major breakthrough with this and was able to come to peace with myself. This is a life-changing program.

The success I gained on the Personal Values course was very substantial. Realizing things I had done that harmed society and negatively impacted it was a great thing to confront. To see where I had compromised my own ethics and morals and where I went wrong on aspects of society really opened my eyes.

“It was probably one of the hardest things to confess to but I felt massive relief by doing so and I’m very glad that I did.”

One big thing I was able to gain out of it all was confronting legal issues and mishaps along my journey that really formed me into who I am today because I have learned “the hard way” on almost everything in my life. The huge relief was confronting one certain thing that I had been having a lot of trouble with and with the help of the Course Supervisor I was able to confront it and get it off my back. It was probably one of the hardest things to confess to but I felt massive relief by doing so and I’m very glad that I did. It was a major breakthrough and not the least of which was the fact that I was even able to forgive myself.

Going through Personal Values I learned all of the information on how to take responsibility for things I had done and how to make myself accountable for any mishaps that had occurred during my addiction. Mine were some big things that I had buried within myself and when I got to the point of trying to face them, I wanted to run, I wanted to hide. However, with a nudge from an awesome man who really puts his heart into everyone, I was able to face it head-on. He saw what I was running from and he helped me in such a huge way and I’m grateful for that because I can actually have peace now by forgiving myself.

So thank you Mike T. for being there and helping me with that. It’s the best feeling one could have and the ultimate goal of the Personal Values course.

Now I can start over with a clean slate with nothing holding me back.

I Am Able to Confront Any Obstacle That Comes My Way

Recent graduate Troy shares some of his personal accomplishments upon completion of his Narconon Program.

I am Ready to Live A Successful, Sober Life

Three months before I arrived at Narconon, my life was rough. I lied, cheated and disregarded every bit of help that was offered. This is coming from talks with friends and family members. I was in such a state that I never thought that I could ever feel better again, I didn’t care whether I lived or died… 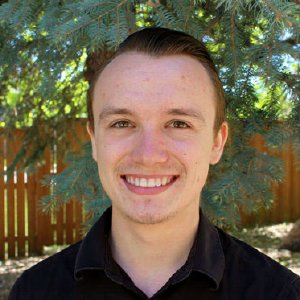