One of the biggest life-saving inventions to come out of the drug epidemic is Narcan. The active ingredient in Narcan is naloxone, which is an opioid-reversal drug that can pull a person out of a potentially fatal overdose, get them breathing again, and save their lives. Since Narcan became widely used, hundreds if not, thousands of drug users were given a second or tenth chance at life. Unfortunately, not enough people who have overdosed and been administered Narcan have found their way into a treatment center to handle the reasons they overdosed in the first place, and that’s been the inherent problem with it.

There are a group of addicts and, believe it or not, families who believe that going to detox or an out-patient clinic as a means of handling a drug addiction is enough, but it clearly isn’t. Drug addiction takes time and hard work to handle. Short-term treatments don’t allow a person enough time to figure everything out. Addicts flock to detoxes all over the country to get a one-week reprieve from their lifestyle and that’s about all they get.

It’s a similar situation with Narcan. It’s not looked at as any solution to addiction but not nearly enough overdose victims make it into any type of treatment. Whether it’s an issue with cost, insurance, or the person’s own unwillingness to get help, the fact remains that it’s not unusual to talk to an addict who’s been resuscitated by Narcan over 10 times. The scarier part is Narcan begins to lose its ability to reverse overdoses the more a person receives the drug. I wish more drug users sought out treatment after an overdose because, in my mind, the purpose of Narcan is to give someone another chance at getting clean.

Rehab is still, and will always be, necessary to fighting back against drug and alcohol addiction. I wish all a person needed was to take Narcan, go to detox, and that was that, but unfortunately, that’s not a solution. After a person has regrettably overdosed and received Narcan, they need to go to treatment to actually treat the addiction. They need to get thoroughly detoxed, clean out the body, and get enough counseling and one-on-one support to get to the root of their problem. All addiction is, is an inability to confront life problems, loss, depression, anxiety, and all other physical, mental, or emotional pain. If a person is taught how to deal with all these things while also facing the original problems that created the addiction in the first place, they might actually have a shot at living a so-called normal life. And that’s what any drug user wants. They want to live normally, whatever that might mean for them. The drugs and booze stopped being fun, and they woke up one day in a waking nightmare—a hell on earth. No one should have to live in that type of misery and that’s the very thing that perpetuates addiction. It’s a sick carousel that can be stopped only with proper addiction treatment. 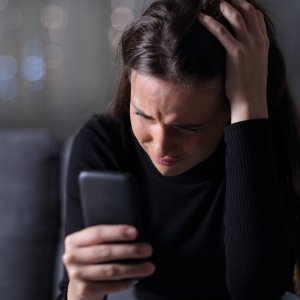 Narcan May Save Lives But is it Enough?

According to the Centers for Disease Control and Prevention (CDC), more than 3 out of 5 deaths from drug overdose involve an opioid. Since 1999 the amounts of opioid overdoses have more than quadrupled…