UPS Smuggling Ring Shut Down: Addicts Aren’t the Only One’s Sending Drugs in the Mail

Sending drugs through the mail is one of those “staples” of being an addict. While necessity is the mother of invention, drug users and drug dealers have found crafty ways throughout the years to buy and sell drugs. For a while now, the internet was the number one drug marketplace. Having a drug crisis occurring in the middle of the digital age, buying drugs became as easy as a few mouse clicks. No longer was it necessary to hit the streets to buy dope. Users could jump on the dark web and visit sites such as the “Silk Road” to buy whatever their heart desired. Conversely, drug dealers and manufacturers had a new, anonymous, and relatively safe way of advertising and offloading their product.

Drugs bought off the internet generally make it from point A to point B using a variety of mail and parcel services. In the United States, USPS and UPS have been notoriously used to send and receive narcotics, usually under the nose of law enforcement. It’s usually a bit sketchy to import and export illegal substances like this. While Customs and other federal officials confiscate a lot of the shipments that come in, many packages squeak right on by and sometimes, it’s because there are people on the inside helping packages get through inspections.

Recently, an alleged drug smuggling ring involving UPS employees was busted in Tucson, AZ. Eleven people were arrested in connection with the illegal operation, four of which were UPS employees. They stand accused of smuggling shipments of drugs and selling them in the United States for over 10 years. Authorities say the drug ring moved thousands of pounds of marijuana from Mexico into the U.S. using standard UPS packaging materials, which bypassed standard company security.

One man in particular, Mario Barcelo, was identified as the possible leader of the illegal activities and is a veteran UPS employee. He used his position in the company to make sure the shipments of drugs made it through security and were loaded on the correct delivery trucks. Additionally, three other UPS employees have been charged with a litany of crimes such as money laundering, drug possession, and drug sales.

All of this is just our usual indicators that we still have a massive drug problem in this country that hasn’t seemed to slow down at all, despite all efforts to arrest it. The fact that UPS workers have been found in connection with a drug smuggling ring unfortunately isn’t surprising in the slightest. The fact that this isn’t surprising at all is a further indicator of how bad things have gotten. It’s hard to be surprised by anything anymore when it comes to the drug problem in the country after having gotten used to stories of mass overdoses, giant drug busts, and well-known celebrities losing their lives. On top of that, we’ve started normalizing drug use in the United States with all of the efforts to legalize marijuana and decriminalize drugs as psylocybin (magic mushrooms).

What is glaringly apparent is that we still have a lot of work to do in order to handle the drug problem here. Otherwise, we’ll continue to read crazy news stories such as this and if it continues at this rate, it’s not war, famine, or a nuclear holocaust that’s going to end humanity once and for all. It’ll be drugs.

The drug crisis is constantly changing, shirting, and evolving. It never quite stayed the same. While drug abuse and addiction has been a constant in our modern society, the substances drug users are becoming hooked on seems to change with the season… 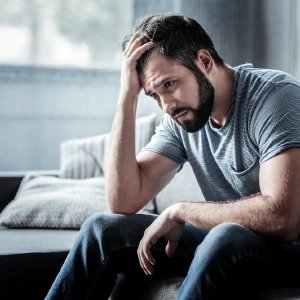