My life growing up was not very ideal or satisfying. I lived in a broken home with my amazing mother and my alcoholic and drug-addicted father. So, I was always around some sort of substance abuse. In school, I was bullied for being me, an “outcast” in my small farm town. After years of abuse at home and school, I wound up turning to self-harm as an outlet to feel anything but my emotional turmoil. When I was sixteen, I found a different method to run away from my brain. Pills, Xanax, to be specific, but not too long after that, I was using anything I could get my hands on. Eventually, I wound up being introduced to heroin.

Heroin tore my life apart and took everything I worked for and loved away from me. My home, my girlfriend, my family, and my true self. It was all ripped from me from my own poor choices. After hitting what I thought was my rock bottom; being homeless, hopeless, and lost, I went to my first 12-step program in 2017. I thought I had beat my demon but I was wrong. A few months later I relapsed on something new…methamphetamine. Shortly before I began using meth, I had stopped wearing the mask that I had on for many years, which was one of the biggest forms of self-suppression ever.

“Heroin tore my life apart and took everything I worked for and loved away from me.”

For some reason, I just didn’t care about anything other than drugs. I never wanted to confront reality. In the spring of 2018, everything caught up with me and I went to jail for the first time. I was charged with two felonies and since I was a first-time offender, I got put into a jail program where if you went to treatment and successfully completed a year of probation, they would remove the felonies from my record. I was able to get sober from drugs, but my behaviors didn’t change. I continued to have a low ethical standard for myself and an absent moral code.

After leaving this program I did well for a while. I had to take drug tests for probation every month, but I soon learned how to cheat the tests. I did eventually fail a drug test for fentanyl and crack and was sent to yet again, another 12-step program. I didn’t agree with the program, so I didn’t do any of the work, stayed there for 30 days to please the judge and then went right back to using. I got smarter with my probation and completed it somehow. Things just continued to get worse and worse, using whatever I could get my hands on, as much as possible. This led to a lot of upset with my friends and family. In the summer of 2019, I had my first intervention that my friend set up for me. Somehow, through all the horrible things I had done, people still had love for me when I had none for myself. This happening planted a small seed, however, I didn’t want to be sober.

My life had gotten so bad that I couldn’t confront it, which caused my addictions to deepen each day. In the fall of 2019, I was bad off on heroin and one day, I finally decided to get help on my own. I started looking for a place to go. I knew I needed something different because the 12-steps were doing nothing for me. Somehow, my mom found Narconon and sent me the website. It was everything I was asking and looking for; holistic, non-12-step, and not religion-based.

I picked up the phone and called them. I spoke to them for a bit and before I knew it, I was on the plane to Denver.

The things the Narconon program has done for me that I believed were unattainable. Sauna cleaned me out and took my cravings way. The Objectives course made me realize some amazing things about my life and allowed me to be able to live in the present, without regrets. Life Skills helped me confront the people in my life and the things I did in my past that I wasn’t proud of. I shed my guilt and was finally able to move on. Not only did the program help me with my drug addiction but has helped my other addiction as well. I have a moral code, a positive attitude, and a wonderful outlook on life, all thanks to this program and the staff at Narconon.

I Fixed My Life and It Was Mind-Blowing

Going to treatment and handling addiction is one of the hardest things a person will ever do. What makes treatment so difficult is the idea of facing one's own demons instead of running from them or drinking or drugging them away. The following is an amazing story from one of our recent graduates who was able to do just that. 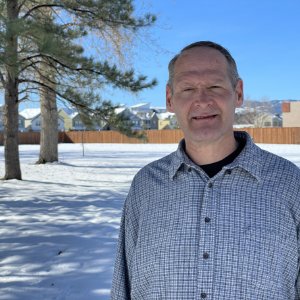 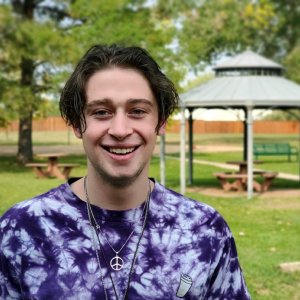