The argument for or against MAT, or medication-assisted treatment, has been a subject of general disagreement among substance abuse professionals for years. The rise of the drug crisis created a desperate search for answers, cures, and silver-bullets that would hopefully make getting sober easier. Many treatment professionals believe that drugs like Suboxone or methadone are good conjunctive therapies that can greatly reduce the risk of relapse and help a person maintain sobriety from harder drugs like heroin or oxycodone. Past research studies do suggest that MAT does help in this regard, but only while a person is taking the medication. These studies also suggest that when a person stops taking the medication, the risk of relapse increases. So, as is with any quick fix, there are obvious drawbacks to choosing the MAT route. These drugs are notorious for causing protracted withdrawal symptoms and are sometimes considered by drug users to have a more severe discontinuation syndrome than traditional opioids. Nearly twenty years into fighting the drug epidemic, I believe to a certain degree, we’re still right where we started. Looking for miracle cures that wind up being problems in the end.

There are drug users across the United States, specifically opioid users, who absolutely swear by their MAT treatment. They credit the medication for their success in getting sober, fixing their life’s problems, and becoming contributing members of society again. They speak openly about their successes to inspire others to get off of drugs, which is great, but the elephant in the room is that they aren’t clean. Methadone and Suboxone are still opiates or partial opiate agonists in the case of Suboxone. Therefore, they are partially crediting the class of drugs that destroyed their lives for also getting them clean. To me, this doesn’t make sense and forwards the idea that drugs can solve a drug problem.

I’ve spoken openly about my disagreements with MAT, and some industry professionals and recovering drug users disagree with my personal viewpoint. I’ve often heard the retort of “at least I’m not on heroin,” and that’s true, and that is a good thing with how dangerous heroin and other street drugs are, but to me, it’s still not a solution.

Years ago, I wrote an article outlining a client’s struggles with Suboxone and how it was posed to him as a type of cure-all for his opioid addiction. The article discussed the eventual hell he went through to get off the drug, which became necessary since he just so happened to find himself either abusing it or selling it. He talked about how taking Suboxone didn’t get him out of a lifestyle of addiction and if anything, exacerbated it. After posting this article online on my social media platform, thousands of people commented on it. Many of them blasted me because how dare I say anything bad about something that saved their life. I also saw comments by some ex-users who agreed with me and how MAT didn’t help them whatsoever. A lot of them said that once they stopped taking the medication, relapse was inevitable and they continued on the hamster wheel of drugs, detox, rehab, out-patient, MAT, sober living, rinse and repeat.

At the end of the day, I believe that we need to look toward a different solution for addiction than MAT. These types of drugs were initially used solely for the treatment of opioid addiction and dependence but since have been indicated for use for other types of addiction, such as for alcohol and now methamphetamine addiction. I’m not quite sure how MAT treatments like Vivitrol could ever work for stimulant addiction, but that’s currently being trialed.

To me, the answer to drug addiction is getting to the root of the problem and not adding more drugs to the equation. Proper treatment should detox a person, help increase their level of responsibility, assist them in processing through the past, and learn how to live life sober. That’s a way better solution than putting a band-aid on a problem and hoping for the best. 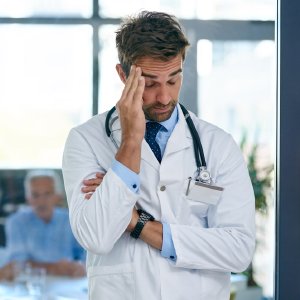 When a drug user has finally had enough of living one high to the next, detox and treatment is the only viable option. The "Catch-22" is that while they need to get off the drugs to save their lives, detoxing is terrifying and seems impossible to do without the help of replacement drugs. 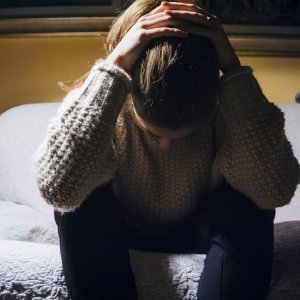