Currently, the general public is consumed with and enraged by the COVID-19 pandemic, we’re being told “murder hornets” are the next thing to start taking American lives, followed by some unknown “mystery illness” that only affects infants. It would be incredibly easy to look at the hot mess the world is in right now as a justifier for the drug problem getting worse. While all of the current affairs are disturbing, to say the least, the addiction problem has continued on, despite the major problems our world is currently facing.

It doesn’t take a global pandemic to cause an addiction crisis to continue to surge. You could look at what’s going on and think “with all those people who lost their jobs and are stuck at home, I’m sure addiction is surely going to take off.”

“… with all those people who lost their jobs and are stuck at home, I’m sure addiction is surely going to take off.”

While it’s true that some people will find themselves drowning their stress in a bottle of whiskey, a bowl of weed, a line of coke, or a shot of heroin, those who are already addicted are facing an even bigger problem with the lack of community support in the form of meetings and groups. With their usual means of coping gone, those who are already addicted have very few options to get help for their addictions aside from checking back into a drug and alcohol treatment center. So, the pandemic won’t necessarily create new addicts or alcoholics per se, but it may very possibly exacerbate those who have already formed addictions.

The problem isn’t the pandemic or the amount of good treatment available, but rather it lies within the way we are taught to deal with our problems on a societal level. It seems as though many of us were taught at a young age to not confront the actual problems we’re running into, but rather treat the symptoms and move on. If we have a headache, we’re taught to take something. If there’s someone or something threatening us or our own survival, many of us (myself included) were taught to run or walk away from the person or thing threatening us. When it comes to addiction, many addicts or alcoholics are taught to take their meds and get through life, day by day. What it seems we lack is either the skill, desire, or ability to face problems head-on, and that is the inherent problem with the drug crisis.

If more people are taught to go after the core root of their issues, most of their issues could cease to be. If we, instead of treating the symptoms of an addiction, handled the actual causes of it, more and more people would recover from that lifestyle and become contributing members of society again. It’s a paradigm shift that’s needed, but unfortunately many treatment modalities have adopted the viewpoint of managing symptomology while learning to cope on a daily basis. If an addict or alcoholic figures out and handles their issues, daily coping turns into daily living, free from addiction and the need to “white knuckle it.” If a person is going to get sober and give up the thing that makes them feel better, life itself needs to be more enjoyable off drugs than it is on drugs, otherwise, what’s the point?

If a person becomes enslaved by the things they’ve employed to keep them clean, it’s just another addiction or crutch to get them through each day and to me, that’s not sobriety. True sobriety is being able to live a completely normal life again without having to avoid the one thousand triggers a person has. Sobriety is not living each day fearing a relapse. Sobriety is creating the life beyond anything imaginable, with their addiction being a closed chapter, never to be opened again.

I Feel Fully Prepared to Face My Life Sober!

Learn how a recent Narconon Colorado graduate fixed her life and handled her addiction, allowing her to live sober and have a successful future. 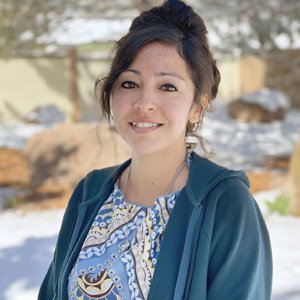 From Being Drunk to Being a Dad: An Ex-Alcoholic’s Success Story

“Before coming to Narconon Colorado, I was battling with alcohol. I didn’t think I needed help and I didn’t want to accept the fact that I did have an addiction. I was on the verge of losing my wife, my son, family, and myself.…“ 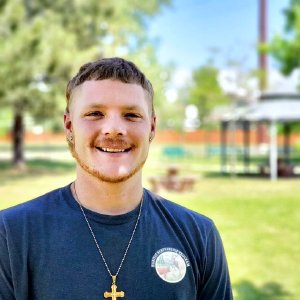